Georgie Russell argues that using repetition can be the difference between communicating successfully and not communicating at all, especially when in a crisis.

“At what point does repetition become cheesy?” a client recently asked.

Perhaps he had politicians in mind. On election campaign trails, their tolerance for cheesiness can hold no bounds. ‘Get-Brexit-Done’ they say, ‘Make-America-Great-Again’, and they say it again, and again and again. In 2017, a Labour MP accused the Tory frontbench of having microchips implanted compelling them to say ‘strong and stable government’ every eighteen seconds.

It’s maddening – but of course there’s a method to such madness.

You only have to have lent an ear to the roar of COP26 messaging circling over Glasgow to recognise the challenges large corporates face when trying to get cut-through. It’s noisy out there – and it’s hard work to get heard. External audiences rarely prioritise the twists and turns of individual corporate narratives. Strategic change needs to be on permanent send if it’s to hit home, let alone resonate.

Repetition combines brevity and rhythm to help us remember. It’s a way of signalling significance – we are repeating this stuff because it matters to us. The risk of sounding cheesy only really begins to carry weight, therefore, when communicating internally, where the tolerance threshold for value statements ad nauseum is undoubtedly lower.

But does that matter? Politicians we presume would say no, keep your eyes on the prize. Guffaws and eye-rolling in the chamber and press gallery are a price worth paying if the repeated catchphrases gain traction with the voting public on the outside.

Announcing a major re-brand and accompanying set of values is one thing; getting your internal teams to embrace and promote them is quite another. Without doubt, repetition can help. In fact, due to a theory known as the ‘mere exposure effect’ repetition can even play a part in winning the more sceptical members of your team around. As humans, we can show an increased preference for a stimulus if we have been exposed to it before. It’s why we can suddenly find ourselves liking a song that we despised when we first heard it on the radio.

Not to be sniffed at either is the role repetition is playing in uniting remote workforces. As the hybrid-working model rolls on, repeated purpose and value statements have become common touchpoints for geographically-dispersed staff. A consistency of messaging helps companies build a sense of certainty – and with it, trust.

Furthermore, when a company is in crisis, using repetition can be the difference between communicating successfully and not communicating at all. Employees can struggle to process information if they have stress hormones pumping around their bodies. Concise, impactful messaging on repeat may be about as much as they can take; something Berry Gordy Jnr of Mowtown Records fame more than understood with his: ‘Don’t bore us, get to the chorus!’

This all comes with a health warning though. Spouting tropes that you don’t believe in risks undermining your credibility – staying authentic is important. Find a way of framing strategic communications that you are comfortable with before promoting them. And then, at the risk of sounding cheesy, repeat, repeat, repeat.

If you would like support in framing your communications, get in touch. 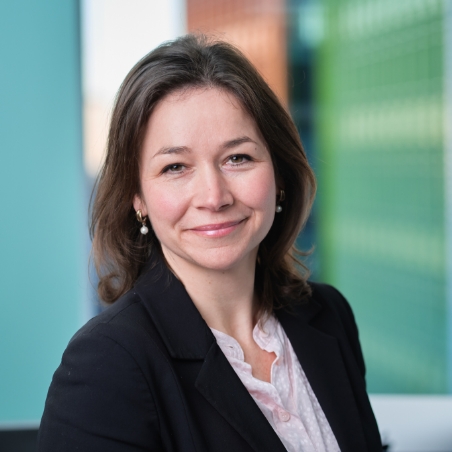